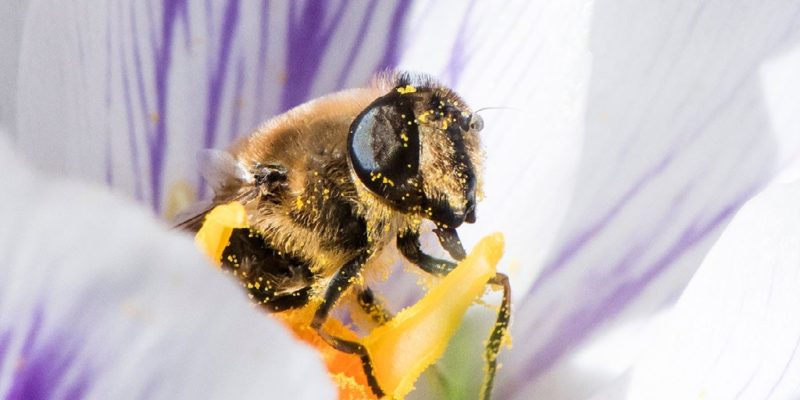 On 28th February 2018 the European Food Safety Authority (EFSA)[1] confirmed that neonicotinoids – a class of pesticides — represent a risk to wild bees, bumble bees, and honeybees because their residues are found in bee pollen and nectar, dust drift during the sowing and application of the treated seeds, and are absorbed into water. EFSA’s confirmation is based on new risk assessments of the active substances clothianidin, imidacloprid, and thiamethoxam which make up the group of pesticides called, neonicotinoids.  Neonicotinoids are used for the treatment of seeds.

EFSA’s new risks assessments should extend the EC prohibition dating from December 2013. At that time, the European Commission prohibited the use of or placing on the market of, seeds of crops (e.g. barley, mills, oats, rice, beans, cucumbers, maize, corn) which have been treated with pesticides, that contains the active substances clothianidin, imidacloprid, or thiamethoxam.[2] The European Commission did not, in 2013, prohibit the exportation of treated seeds to non – EU countries.

European chemical companies[3] challenged this prohibition by arguing that the restrictions were not based on any new scientific evidence. They also asserted that the restrictions were disproportionate and discriminatory, because they were based on purely hypothetical risk and consequently, the EC violates the precautionary principle and the principle of proportionality.

Considering EFSA’s new pesticides risk assessments on neonicotinoids, the industry arguments are groundless. However, the EC must still clarify aspects of the confirmation, such as (1) the current status of implementation of the prohibition at the national level by each Member State and (2) whether the registration of the neonicotinoids in one EU Member State allows the sale of treated seeds within the EU, based on principle of mutual recognition.[4]

What are neonicotinoids and how do they affect bee health?

Neonicotinoid-based insecticides were introduced in the late 1990s and used mostly for seed treatment. This is a targeted form of crop protection in which the neonicotinoids are applied to the seed as a coating prior to planting to protect the seeds from being eaten by insects. However, and according to Greenpeace,[5] seeds that are treated with neonicotinoids cause the following problems for bees and other pollinator insects: physiological effects,[6] perturbation of the foraging pattern,[7] interference with feeding behavior,[8] and negative impacts on the learning process.[9] Furthermore, treated seeds are more potent and systemic than normal insecticides, because they are persistent in soils and might contaminate water streams and rain water.[10]

Is it time to restrict the importation of treated seeds?

Taking into consideration the risks of the neonicotinoids to bee health, WTO countries must take action to protect their biodiversity and promote a more sustainable organic agriculture. Consumers and environmental organizations must push the Governments to take action on neonicotinoids, just as the European Union did in 2013.

It is also timely for the Commission to consider prohibitions on the exportation of treated seeds. Until then – until the active substances clothianidin, imidacloprid and thiamethoxam – are registed in destination countries, chemical companies remain free to export and sell treated seeds outside the EU.

Articles 2 and 3 of the Agreement on the Application of Sanitary and Phytosanitary Measures (hereinafter SPS) allows WTO countries to adopt measures to protect animal life, so long as they are based on scientific principles and evidence. SPS Article 5.7 allows WTO countries to adopt temporary measures on the basis of pertinent information from any relevant international organization, for example the European Food Safety Authority (EFSA).

[4] This principle promotes the free movement of goods within the EU. Consequently, authorizations granted by one EU Member State should be accepted by other EU Member State under certain conditions.

[6] The time required to reach adulthood), and malformation rates (i.e. in the cells inside the hive).

[7] Effects on navigation and learning behavior.