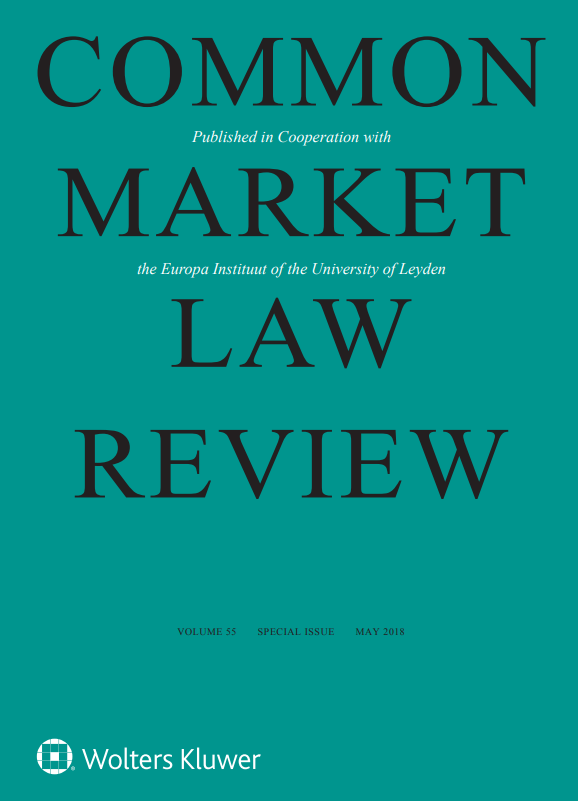 The Europa Institute of Leiden University is sixty years old. It was established in 1957, the year in which the Treaty establishing the European Economic Community was signed in Rome. To mark this 60th anniversary, a two-day lustrum conference was held in the Academic Building of the University of Leiden on 30 November and 1 December 2017, on Brexit and the Future of the European Union. Admittedly, at first sight the impending Brexit may not appear to be the most obvious topic for a conference celebrating the anniversary of a Europa Institute; but, the choice of topic was rather straightforward and never really in doubt. According to its statutes, the primary purpose of Leiden’s Europa Institute is to facilitate, stimulate and contribute to academic research on issues of European cooperation and integration. The UK’s imminent departure from the Union, triggered by the victory of the “Leave” camp in the referendum of 23 June 2016 and formally set in motion – in accordance with the provisions of the by now famous Article 50 TEU – on 29 March 2017 by Prime Minister May’s notification to the European Council of the UK’s intention to withdraw from the Union, constitutes the most prominent and intensely debated contemporary issue of European integration. It raises an avalanche of complex political, legal and economic questions, dealing, in one way or another, with the exit negotiations, the withdrawal agreement, the future relationship between the UK as a third country and the EU-27, and now also the interim agreement to cover the transitional period between the UK’s formal exit scheduled for 30 March 2019 and the projected entry into force of a new – still to be negotiated and agreed! – bespoke EU-UK deal as of 1 January 2021. What are the effects with regard to the rest of the UK’s international obligations? How is the financial sector affected? What would a WTO alternative entail? At the same time, the Brexit referendum and the UK’s decision to withdraw prompted a reflection on the future of the Union, within and by the Union Institutions and in the remaining twenty-seven EU Member States. Such a challenge could strengthen forces of disintegration, but could also lead to renewed determination within the rest of the Union. The whole process is moreover a test of the provisions formally enabling a Member State’s exit, introduced with the Treaty of Lisbon.

Several of these issues – and many more – have been addressed by the speakers at the conference and were intensely discussed afterwards. I am grateful to all speakers that they agreed to re-work their conference papers into fully-fledged articles within such a short period of time, and thank David Edward for his personal closing remarks. I would also like to thank Kluwer Law International, our long-standing partner, for publishing these articles in a separate issue of Common Market Law Review, especially dedicated to the occasion: the Common Market Law Review has been embedded in the Leiden Europa Institute ever since it was founded, and was thus the obvious first choice for publishing these proceedings. Many thanks also to my fellow Editorial Board members, for agreeing to this Special Issue, and for the extra review work they took on, and especially to Alison McDonnell, for supervising the whole process.

The Special Issue constitutes a unique contemporary document providing valuable insights into the legal and political thinking around Brexit, one year into the withdrawal negotiations. This is of course a moving target; it is therefore useful to know that all articles were finalized in the first quarter of 2018, and the article by Michael Dougan on questions concerning a transitional agreement was completed even before the draft interim agreement of 28 February 2018 was produced. I hope these articles will be a source of reflection, discussion and inspiration for students, academics, lawyers and policy makers.

This special issue is now available on Kluwer Law Online and includes the following contributions:

The article presents the political developments following the UK’s Brexit referendum decision, arguing that the EU demonstrated a combination of frailty and firmness, resentment and determination, which were signs of a new will to live. The EU showed awareness of the need to protect itself and its citizens. The recognition that the very existence of the Union could not be taken for granted is presented in terms of a “Machiavellian moment”, a concept taken from Pocock. The article argues that the main reason why this particular moment evoked a will to live that seemed lacking in earlier crises facing the Union is situated in the geopolitical needs of the Federal Republic of Germany.

Article 50TEU acknowledges the right of Member States to withdraw from the EU, and contains a specific procedure. It also constitutes the legal basis of an exceptional EU competence whose purpose is to ensure that a Member’s departure is“orderly”.This qualification entails the conclusion of an agreement between the parties on the terms of the withdrawal, but also presupposes that the withdrawal does not undermine the integrity of the EU legal order, while contributing to the fulfilment of the Union’s integration objective. The unprecedented exercise of that competence has enriched the law of European integration: core components of the constitutional identity of the EU have been (re)affirmed, the role of its institutions bolstered, and Union membership law further articulated. Paradoxically, withdrawal may therefore be envisaged as an integration-friendly process.

Following the EU’s acceptance of the UK’s formal request for a post-withdrawal transitional regime, a common understanding was reached that it would be desirable to base a transitional regime, in principle, on a temporary prolongation of the status quo. However, there remains tension between the political preferences of the two sides. The article examines these developments, and looks in particular at whether a “status quo” transition can be located within the legal basis of Article 50 TEU, also bearing in mind the broader constitutional context provided by the Treaties and Union principles. It investigates the exceptional nature of the powers conferred on the Union underArticle 50 TEU. It concludes that there may be more difficulties in agreeing the transitional arrangements than is widely assumed.

Ramses A. Wessel, ‘Consequences of Brexit for international agreements concluded by the EU and its Member States’

The impact of Brexit on the external relations of the EU and the UK runs the risk of receiving less attention because of the difficult internal negotiations on the future of the UK-EU relationship. Yet, the legal complexities related to the fact that the UK will no longer be part of the EU’s external relations regime are equally challenging, and increasingly present themselves now that “Brexit day” approaches. The present contribution analyses the consequences of Brexit for the UK to negotiate and conclude new international agreements, as well as the impact of the UK’s withdrawal on existing international agreements concluded by the EU and its Member States with almost all States in the world.

Freya Baetens, ‘“No deal is better than a bad deal”? The fallacy of the WTO fall-back option as a post-Brexit safety net’

The terms and conditions of the WTO fall-back option and the extent to which the WTO could act as a safety net for the UK’s future economic relations depend, to a great extent, on successful negotiations with all other WTO Members. There are significant differences between EU and WTO membership, in terms of the applicable trade rules and their economic impact, as well as compliance and dispute settlement procedures. Imposing new regulations and processes will inevitably entail additional costs and delays, regardless of any mitigation agreements. Finally, the EU-UK relationship covers much more than trade so theWTO fall-back option will in any case leave major legal vacuums. Thus, the mantra “no deal is better than a bad deal” is misleading; the WTO fall-back option falls far short of providing an adequate safety net, even for trade matters.

Niamh Moloney, ‘Brexit and financial services: (Yet) another re-ordering of institutional governance for the EU financial system?’

This article considers the potential impact of the withdrawal of the UK on EU financial services law and its institutional arrangements. While speculation is currently perilous, this article suggests that the impact of Brexit on EU financial governance will be contained and most likely limited. The greatest uncertainty relates to the EU’s evolving supervisory/institutional arrangements. Brexit may be one of the factors which leads to a significant future empowerment of the European Supervisory Authorities, and in particular the European Securities and Markets Authority. But it is only one of a range of complex, dynamic and symbiotic forces which must combine in the EU’s governance reform crucible if material reform is to follow.

The aim of this article is to propose a new concept of free movement of persons, based on the notion of “fair movement” or managed migration. In the context of the UK becoming a neighbouring State, but hoping to maintain access to the Single Market, the article explores possibilities of greater control for the host State while keeping some of the benefits of existing EU free movement rules. It recalls the discussions of free movement of workers at the time the EEC was established; it also looks at the differentiated provisions covering free movement of persons between the EU and EEA States, and the EU and Switzerland. It concludes that more flexibility will be needed in the two areas considered: equal treatment and emergency brake.

After the British referendum of June 2016, the other 27 States of the EU sought to make common cause and affirmed the “undivided and indivisible” nature of the Union. At the same time, many leading political actors (foremost the French president Macron) and EU institutions stressed the need for greater differentiation of rights and obligations among the Member States in the future EU of 27 States. One of the plausible scenarios for the EU’s future, according to the Commission, is: “those who want more do more”. This article maps the recent surge of interest in pursuing new projects of differentiated integration, and discusses their legal and political feasibility in light of the characteristics of the main forms of differentiated integration currently offered by the European Treaties.

David Edward, ‘“In Europe history is the unseen guest at every table”’