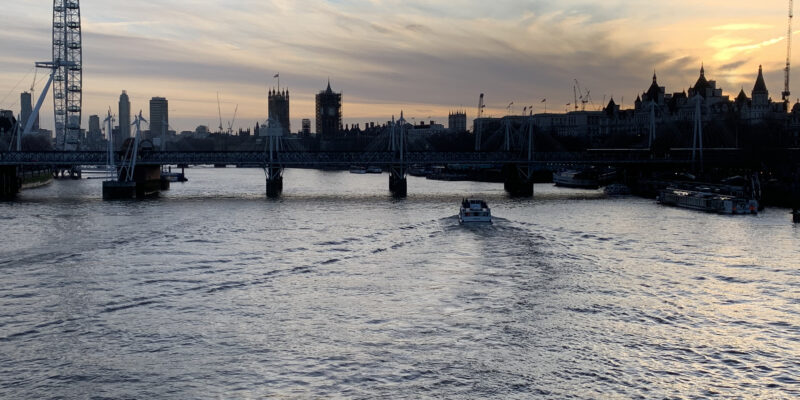 Will offices close in favour of telework/remote work?

It is unclear whether telework/remote work will be taken up (where feasible) in a significant manner once businesses more widely re-open. The question of continued use of office space (as well as in what capacity and size) has been posed and widely noted in newsmedia with attention-grabbing numbers. The Confederation of British Industry (CBI) and Pwc conducted a survey that was the source of these news reports. It found that in the financial services industry, 40% of organisations believed that almost all their staff (90%) could work remotely. 88% in the industry were revisiting their office space needs, with 57% seeking to reduce this space.

What does telework/remote work mean? How many people are doing this?

There has been a problem with nomenclature. The UK’s Office for National Statistics (ONS) found that 1.7 million individuals worked mainly from home in its survey of work in 2019. The ONS data is not a complete picture of the extent of teleworking. Teleworking did not necessarily mean working from home. Teleworking included the self-employed whose home residence doubles as an office. It was also understood as working from a location other than an employer-provided office. The figure does not include those who may work partially at an office and partially at home. Further complicating obtaining a clear sense of telework is that these figures also include farmers (who would work on the land adjacent to their homes) as well as shop owners who may live adjacent to their stores.

And so, 1.7 million people working mainly from home in the calendar year 2019 is a gross figure. Although there has been an upward trajectory since 2015, the figure has moved from around 4% in 2015 to just above 5% of the total workforce in 2019. The ONS figures seem to be at the low end of other estimates. In 2018, an estimate was 13.7% of individuals working from home.

In February 2021, the UK Government announced a ‘roadmap’ out of the lockdown. Soon after this statement, figures from the last week of February showed a gradual decrease in the number of adults who reported working exclusively from home. 32% in the week of this release which was down from mid-February’s 37%. By the 6 April 2021 release, 53% of working adults reported leaving home for work.

Are some industries more amenable to telework/remote work?

Workers who have the tools and a higher skill set (obtained through tertiary education and/or through higher qualifications) have been more likely to telework. Coupled with a higher skillset, flexibility in the performance of work is another characteristic which facilitates telework. This cohort was also more likely to have a higher household disposable income. The opportunity to telework decreased for workers who did not possess tertiary education and who had lower numeracy and literacy skills. Despite teleworking, younger workers seem more susceptible to a reduction in hours worked, earnings, and to have experienced changes to work attributable to caring commitments.

Demographics relay a more precise articulation of who teleworks. Age factored into teleworking. Those aged 40-49 comprised the bulk, with a crescendo to and decrescendo from this age cohort. Gender has been a particular area for consideration with regards to the pandemic. There have been more women employed in critical (nursing, grocery stores) and locked down sectors (tourism and retail) than men. There have been reports that the lock down and forced teleworkhas predominantly negatively affected women more than men.

Information on pre-pandemic ways of managing the workforce suggest some bases upon which telework may not become a widespread part of operations. Moreover, it is questionable whether the experience with teleworking due to the pandemic will significantly displace the presumption of the workplace where the employee works at the employer’s premises.

A will to permit telework (as opposed to capacity to telework) may be the deciding factor for telework. The most formidable obstacle may be the belief that employees perform better when in an office where they may be overseen.

The bases for denying requests when flexible work arrangements were available to employees are likely to remain persuasive even after alternative work arrangements due to the pandemic. The Workplace Employment Relations Study of 2014 (WERS) (which investigated the years 2004 to 2011) showed that, of the constraints to providing flexible work, ‘incompatibility with the nature of the work or the operating hours’ was the most common basis, accounting for around 53% of employers, with pressure placed on other staff the second-most used basis at 30%. WERS also found that managers’ views of balancing work and family responsibilities (at the time of this study family responsibilities were the most prevalent basis for requesting alternative work arrangements, largely attributable to the law not changing until 2014) hardened. In 2004 66% of managers took this view. By 2011, 77% had this perspective, with these managers accounting for 70% of all employees. In this same study, working from home represented 17% of flexible work arrangements. The Chartered Institute of Personnel and Development’s (CIPD) survey of 2016 found that the nature of employees’ work (the reason for 27% of responding employers) persisted as an obstacle to flexible work arrangements. Even with around 20% of national employers suggesting the government should encourage employers to permit employees to work from home, the negative attitude of 15% of responding managers stands as an unfortunate indication that a stigma around flexible working may remain. Part-time work was by far the most common form of flexible working (62%) provided by employers, followed by flex-time (34%), and working from home on a regular basis (24%). Working from home seemed to be associated with attaining a middle or senior management position.

When asked how government should reduce commuting time and cost, 20% of employees suggested encouraging employers to permit employees to work from home. 40% (the highest single response) recommended a reduction in public transport fares.

Another consideration, the ‘gig economy’ cases convey a remarkable preoccupation with control over the workforce. Control has been one of the oldest tests for employment status in the UK (Yewens v Noakes (1880) 6 QBD 530). While it predated the gig economy rulings, the UK Supreme Court in its 2011 decision of Autoclenz v Belcher offered a concise statement on this factor, situating it within the context of the imbalance of bargaining power. This decision was instrumental in the English Court of Appeal’s 2018 ruling in Uber bv v Aslam. The exertion of control over drivers in Uber was also a prominent point in the UK Supreme Court 2021 decision in Uber bv v Aslam. Indeed, the French Court of Cassation (Labour Chamber)’s 4 March 2020 decision also noted the subordination of Uber drivers, betraying an assertion that they are independent contractors.

These references suggest that even now when business models actively engage in regulatory arbitrage (with regards to employment regulation), a core aspect remains these entities’ efforts to retain a remarkable amount of control over the services provided. Unless there is a cost-effective way of easily retaining control of employees or overseeing them outside of the office, it may be unlikely the office will fall into disuse when the pandemic has subsided sufficiently.